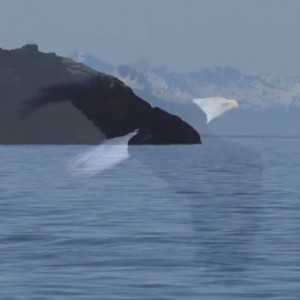 Directed by Gary Washington, with Alaskan wildlife and scenic footage by Daniel Zatz, “Salmon Come Home” was written to raise awareness about two proposed mines in Alaska: the Chuitna River Mine & the Pebble Mine. (Video not available for sale at this time. Song & album available HERE.)

The Pebble Mine (Bristol Bay) would create a gold and copper mine in the spawning grounds of the largest remaining salmon run on Earth, also destroying the salmon run for the Native Peoples and fishing industry. The proposed Chuitna River Mine (60 miles west of Anchorage across the Cook Inlet in Tyonek, Alaska) would dig up thirteen miles of a salmon river, 300 feet down, thus destroying the salmon habitat there which provides salmon for the Athabaskan People living in the region and for the commercial fishing industry.

I am releasing two versions of the video, one for the Chuitna River Mine campaign, and one for the Pebble Mine campaign. Both versions contain the same video and music, with different introductions and endings.

Bringing together a mix of comedy, ballads and love songs, Dana’s sharp wit and beautiful voice have him performing at concert halls, festivals, conventions, fundraisers and universities across the US and around the world. Dana’s music receives crossover radio play on country, rock, alternative, community, college and oldies radio stations worldwide. (Read more)